In this article, let's explore the customs that take place during the New Year holidays in Germany to somewhat understand more about the people, culture and lifestyle of this beautiful country. 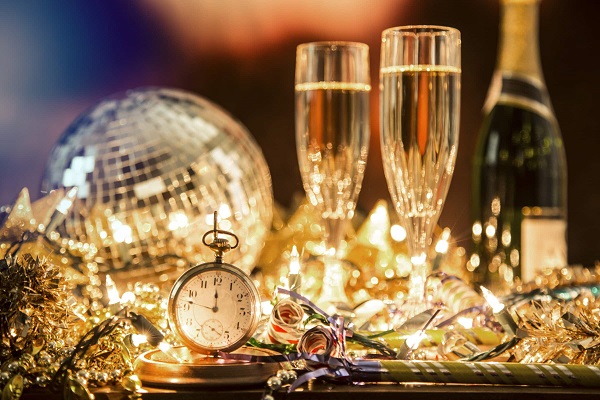 Like many other countries, German people have their own traditions in welcoming a new year

New Year celebrations in Germany usually last for a week. On New Year's Eve, it is customary for people to stay up until midnight to welcome the new year and play cards. 15 minutes before New Year's Eve they often sit together, when the clock strikes 12 o'clock in the new year, everyone jumps off the chair and throws a heavy object behind as if to throw away all difficulties and problems to enter the new year. Then the whole family gives each other warm hugs and wishes one another good wishes for the new year.

On the streets, children gather in musical groups with harmonicas and accordions, creating a lively atmosphere. Adults hold colorful flags and sing to welcome the new year. In rural regions, there is still an ancient custom, which is "tree climbing contest". The boys compete to hang up on the smooth trees and the best climber was considered the "New Year's hero".

Germany is a developed country and Germans are famous for being thrifty, and they believe that it is okay to leave a portion of dishes in New Year's meals until after midnight. This means that in the next year food never runs out. In addition, people also put in the pantry a carp because it is believed to bring prosperity. 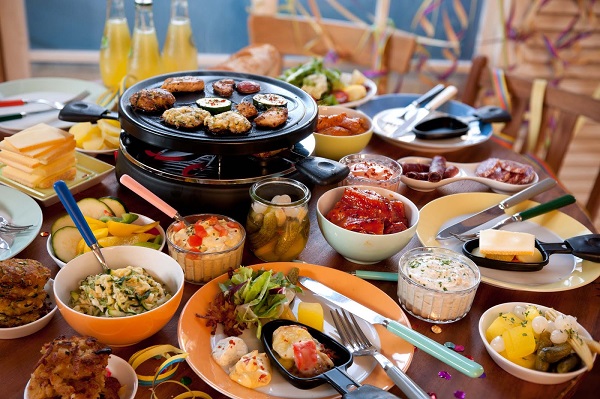 On New Year’s Eve, Germans leave a portion of dishes in New Year's meals until after midnight

In addition, there is an interesting thing in Germany, that is, people let a drop of molten metal fall into cold water and based on its shape, they will guess what will happen in the new year. If it is a heart or a ring, it will be good news about marriage. If it is a ship, they will have to go far away, and if it is a pig they will enjoy delicious food.

Welcoming the new year in Germany is very special, on New Year's Eve, each family in Germany will put a plate on the table, and in the plate there are 12 onions. These 12 onions are drilled with small holes to sprinkle with salt. And each onion is named for each month of the year.

During the traditional German New Year, carp is a dish that welcomes good luck and prosperity for the new year and wards off bad luck. In particular, in the German family meal tray, carp cannot be missed, in order to bring luck for the whole year to each family member.

In addition, Germany also welcomes the new year with a fried cake filled with jam or wine called Pfannkuchen. In Germany, homemade breads are round, octagonal or heart, pyramidal to pray for bad things to be eliminated, and for a new year with many good things to come. Moreover, they also enjoy delicious roasted pork with relatives and friends, they do not eat carrots and cabbage because they believe these dishes will bring financial stability. 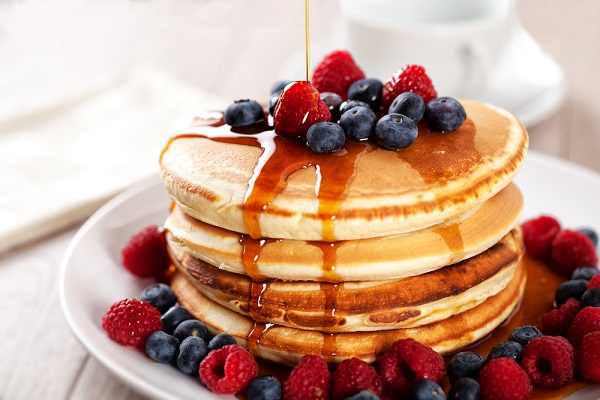 Nowadays, the German New Year's table is also simpler. New Year's Eve parties are mainly buffets. Family members sit together for hours in a warm atmosphere and enjoy New Year's Eve specialties such as Fondue or Raclette. These items have a very special taste and it helps shorten the time until midnight.

In addition, Germans usually welcome the new year with a special German saying just for this new year: "Prosit Neujahr", which means "All things go well for the new year". If you are still wondering what to eat when coming to Berlin, let’s give Currywurst a try. With an estimated annual consumption of more than 800 million pieces, tourists to Germany can easily find this dish all over Berlin. German bread is not only an essential part of country cuisine, but it is also a part of German culture. Come with us to discover German bread, the quintessence of world cuisine. Many of the important public holidays in Germany are Christian holidays. They are all celebrated in a special and unique way. Clothing is one of the most outstanding cultural features in Germany. In this article, we will show you some German popular clothing such as Tratch, Dirndl and Schuhplattler.